We’ve all seen the wave of self-aware businesses taking steps to reduce their carbon footprint by becoming carbon neutral or even aiming for net zero emissions. But what does it mean for your company to be net zero vs carbon neutral?

That’s what we will explore in this article.

What is carbon neutral? According to Oxford Languages, being carbon neutral means making no net release of carbon dioxide to the atmosphere, especially through offsetting emissions by planting trees.

Carbon neutrality can be achieved by:

This offsetting is usually done by partnering with carbon offset companies that benefit the environment by planting trees, protecting forests, and other climate-positive actions that reduce the amount of carbon in the atmosphere by the same amount that your business creates. By taking out the same amount of carbon that it’s putting in, your business’s carbon footprint is then neutralized.

But some carbon emissions may be missed because they’re more indirect. The carbon emissions that are missed can come from anywhere within your supply chain including your suppliers, packaging, the transportation used to ship your products or anything else that isn’t directly under your management.

Then what does net zero mean? Having net zero emissions means you are balancing the whole amount of greenhouse gas released with the amount removed from the atmosphere. A company aiming to be net zero will:

Your decisions as a net zero company would aim to completely eliminate the GHG emissions that your business creates, leaving your company with as small of a carbon footprint as possible. One step to achieving this is to partner with environmental organizations that focus on removing greenhouse gasses from the atmosphere.

We suggest doing your homework to assure whichever environmental organization you choose to help in removing your GHG emissions is verified by carbon standards.

Despite the differences between a company that is carbon neutral vs net zero, both share goals to have a lower negative impact on the atmosphere and reduce the buildup of greenhouse gasses. 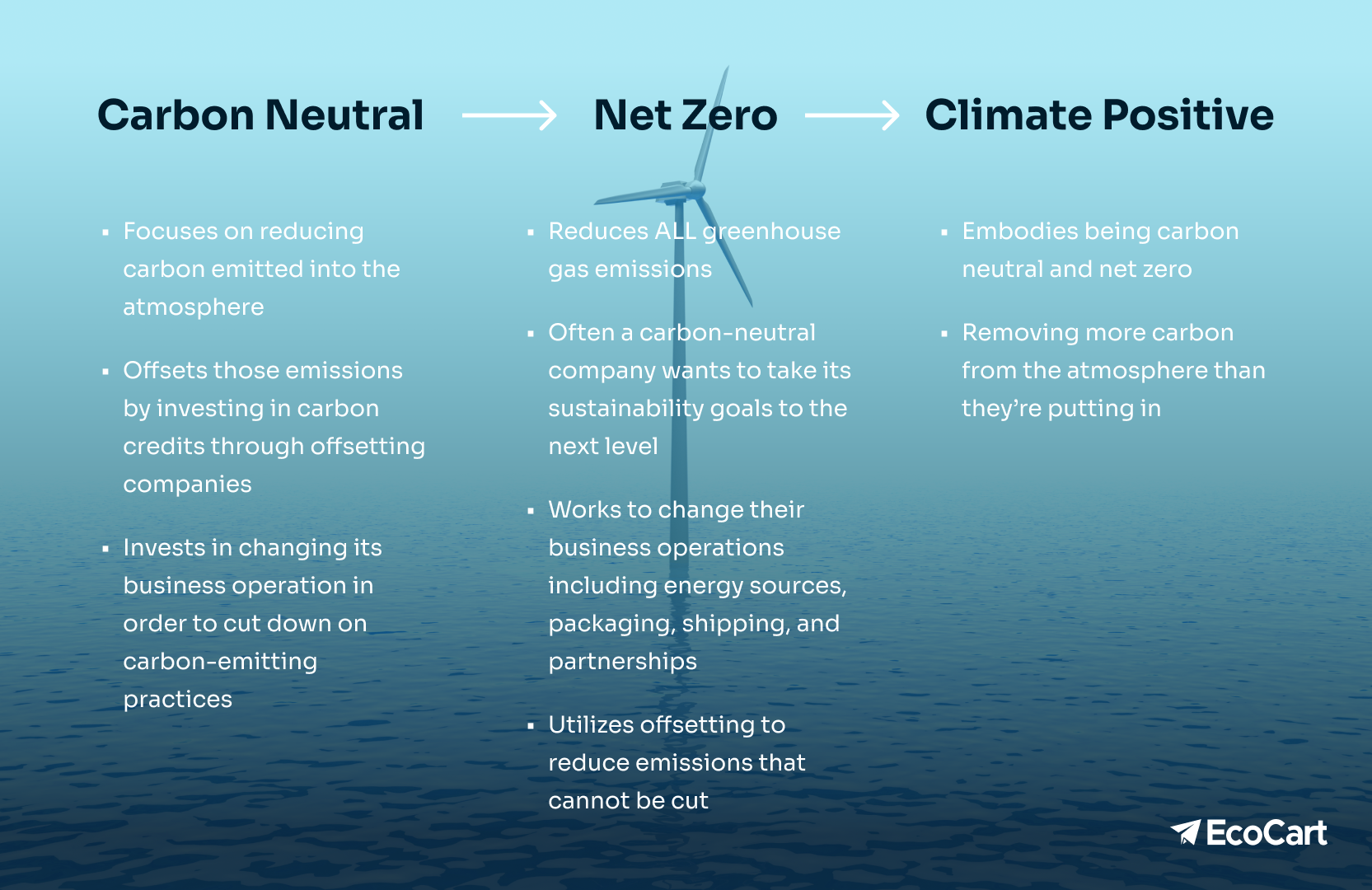 What does it mean for a business to become carbon neutral?

Simply put, the business will remove as much CO2 from the atmosphere as it produces. When a company achieves this, it is emitting net-zero emissions.

The path to becoming a carbon-neutral business usually starts by offsetting their carbon footprint by buying carbon credits that support organizations that care for the environment by reducing the carbon in the atmosphere. While your business is still releasing carbon into the air, your contributions to removing carbon leave you with a mostly neutral effect on the environment.

In addition, a carbon-neutral business should be auditing its operations to cut out carbon-emitting habits from its organization’s business practices.

Since a business is much bigger than just one person or household, your business’s carbon footprint is bigger. This is why it’s important to be aware of your carbon impact and to make decisions that will help offset carbon emissions and reduce them in your business’s day-to-day operations.

What about the impact of a business becoming net zero?

While it is a great thing for a business to try to reduce its carbon footprint, there is still a big difference between a business that is carbon neutral vs net zero.

A business with net zero carbon emissions is one that goes a step further in carbon neutrality by making an active effort to choose more sustainable energy sources, suppliers, packaging, and ways of transporting their products.

By having net zero emissions, your business doesn’t have a negative impact on the atmosphere. In order to stop global warming, businesses and individuals across the globe would need to reduce their collective carbon emissions by almost 8% every year. With so many massive companies pledging to become carbon neutral or net zero in the coming years, this goal seems very attainable. If the majority of businesses take steps to reduce their carbon footprint, we could reach net zero emissions worldwide by 2050!

While it may not seem critical for your single business to become net zero, the effect of large numbers of businesses switching to environmentally friendly practices is extremely valuable.

Not only does going carbon neutral help improve the air quality, but in the long run, it can also save species, lessen global warming, and protect the world as a whole from suffering the effects of climate change.

In addition to greatly benefiting the environment, publicly aiming to be carbon neutral can attract new customers. A lot of people, especially millennials, make an active effort to buy from companies that are environmentally friendly. Holding companies accountable to a transparent sustainability plan is one of the best ways a consumer can help the environment.

By supporting carbon-neutral companies, customers are reducing their own carbon footprint and discovering small businesses with great products they might not otherwise know about.

What is the difference between carbon-neutral, net-zero, and climate positive?

This one’s a doozy. But, we’re happy you’re curious.

As we’ve mentioned a carbon-neutral company is one that may emit carbon into the atmosphere, but it offsets those emissions by reducing the amount of carbon emissions elsewhere. It also invests in changing its business operation in order to cut down on carbon-emitting practices.

Together, this creates a “neutral” carbon footprint but leaves some wiggle room for unexpected carbon emissions that might be happening indirectly.

When a carbon-neutral company wants to take its sustainability goals to the next level it sets its sails on net zero greenhouse gas emissions, not just carbon neutrality.

Net zero emissions means your company is actively working to change its business operations to emit the least amount of GHGs possible. This can include using more sustainable energy sources, moving to green packaging and shipping options, and partnering with manufacturers that pay workers livable wages.

Where emissions cannot be reduced net zero companies offset their environmental footprint through carbon credits. An often overlooked strategy is to select business partners who are also environmentally conscious, so the amount of indirect greenhouse gas emissions are lowered.

And what is climate positive? Not only does being climate positive embody being carbon neutral and net zero, but it means a company is benefiting the environment by removing more carbon from the atmosphere than they’re putting in. Yes, it’s actually possible!

However, becoming climate positive is difficult, especially for large-scale companies with lots of buildings and a high need for energy. But, with careful and intentional choices, a green economy becomes more of a reality each day.

What is carbon intensity?

It’s all about the numbers.

Carbon intensity is a number used to define how clean our energy sources are. The term “clean energy” just refers to an energy source that is renewable, meaning it doesn’t run out over time and can be used again and again. Carbon-intensive energy involves using natural resources that are both limited to one-time use and emit high levels of carbon.

What does it mean to become carbon neutral as an individual?

A person, company, or country can be carbon neutral if they balance the carbon dioxide they release into the atmosphere through their everyday activities with the amount they absorb or remove from the atmosphere.

For the average person, being carbon-neutral can be as simple as doing things like recycling instead of throwing things away, and being conscious of how much power you’re using. One of the best ways to become carbon neutral is by shifting your consumption habits and supporting sustainable organizations.

Other great ideas include opting to take public transportation or riding a bike, buying your clothes from carbon-neutral fashion brands, and donating to or volunteering at environmental charities. There are even apps to reduce your carbon footprint and make it easier to be environmentally friendly while shopping online.

Why the path to carbon neutrality matters.

Despite the differences between carbon neutral and net zero, both are goals that go a long way toward positively affecting the environment. As more companies go carbon neutral, the total amount of carbon being sent into the atmosphere will decrease drastically.

Want to make a dent in your business’s carbon footprint?

That’s a lot to digest, we know.

But, if you’re looking to up your brand’s sustainability game this year, download our guide on leveraging sustainability across the customer experience. 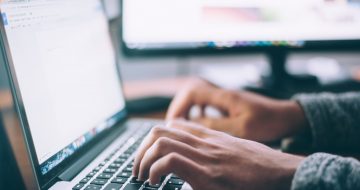 The Hidden Carbon Footprint of the Internet 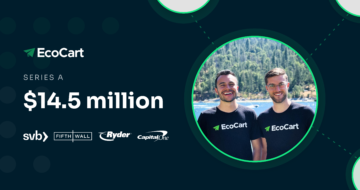 Excited to Announce We’ve Raised $14.5 Million in Series A Funding

The Hidden Carbon Footprint of the Internet

Excited to Announce We’ve Raised $14.5 Million in Series A Funding