Eastern Chad houses refugees from the war in Darfur and these CooKit solar cookers are vastly improving their lives. The climate is semi-arid and rainfall is scarce and irregular which makes natural resources like water and firewood increasingly rare; this requires the refugee population to travel increasingly large distances to collect firewood. This is a high-risk activity, with many women being assaulted or raped. Since the start of the program, 40,000 families in the refugee camps and the surrounding villages have been equipped with solar cookers made out of carton and aluminum foil that, when folded in a semi-parabolic form can be used to heat water and cook entire meals. Due to the consistent presence of the sun in this region, the cooker can be used 330 days out of the year—almost completely eliminating the need for firewood. The solar cookers do not only eliminate the danger of women exposing themselves to physical harm, but also improve health conditions, especially among women and children, because cooking with solar energy is smokeless compared to traditional wood-burning stoves. Plus, it empowers the women by giving them a viable role in the project, and without the need to collect firewood women have more time to pursue handcrafting or other jobs and children to attend school.

50%
Reduction in deforestation of local vegetation 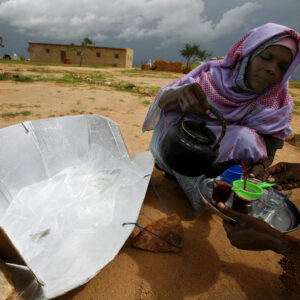 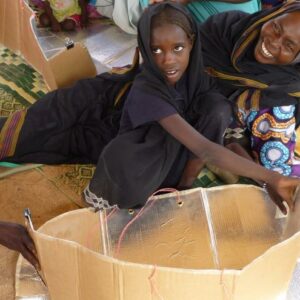 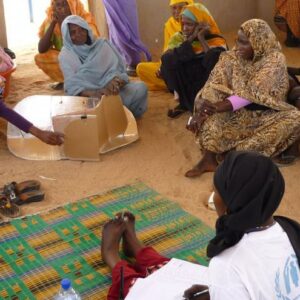 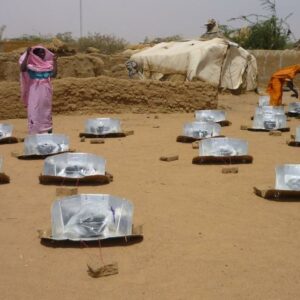 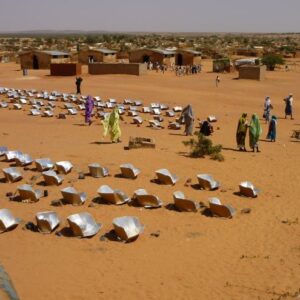 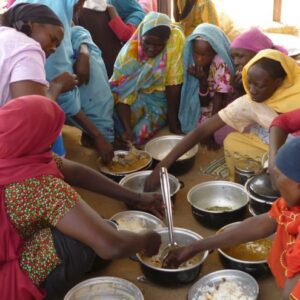 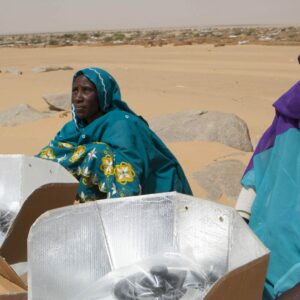 Access to justice for all, and building effective, accountable institutions at all levels.

Gender equality is not only a fundamental human right, but a necessary foundation for a peaceful, prosperous and sustainable world.