Based in Myanmar, this project works to provide fuel efficient stoves to replace traditional wood-burning stoves. Myanmar is the third largest contributor to deforestation worldwide. As the forests disappear, the price of wood gets higher, driving more and more families into energy poverty. Cutting expenditures on wood makes a huge difference to families already living in poverty, and reducing the time needed to forage for wood means more time to spend on smallholdings and on securing a good harvest. Rural families in Myanmar spend as much as 40% of their income—or the time equivalent—on purchasing or collecting firewood. The 36,000 fuel-efficient stoves sold to date have improved the lives of over 165,000 people. Traditional stoves contribute to air pollution both outside and inside the home and can cause illness to those that live there. Air pollution from domestic cooking is responsible for the premature deaths of over 4 million people a year—more than HIV Aids and malaria combined. Each cookstove reduces wood consumption by at least 50%, reducing both pressure on forests and household expenditure on fuel. Air pollution is reduced by 80%, improving the health and safety of the whole community. Carbon emissions are reduced by 60%, or 4 tons per year, per stove.

4
Metric tons of carbon is reduced per stove per year 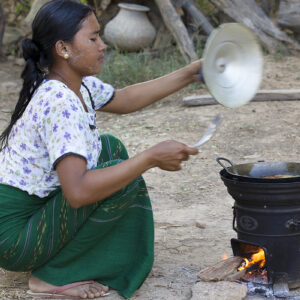 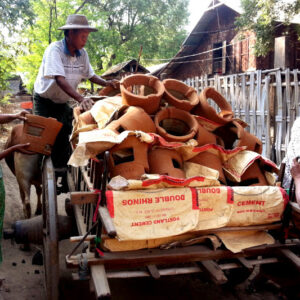 Climate change is a global challenge that affects everyone, everywhere. This project aids in carbon sequestration which helps fight climate change.

Gender equality is not only a fundamental human right, but a necessary foundation for a peaceful, prosperous and sustainable world.

Energy is central to nearly every major challenge and opportunity. This project creates renewable energy that helps power the local communities.

Sustainable economic growth will require societies to create the conditions that allow people to have quality jobs.