In the pursuit of clarity, let’s cut through the ambiguity and explore each concept.

What is a carbon credit?

A carbon credit is a method of exchange—a permit or certificate used to offset a company or country’s greenhouse gas (GHG) emissions. One carbon credit represents one metric ton of carbon dioxide emissions or its equivalent (tCO2e) in another greenhouse gas, including methane (CH4), nitrous oxide (N2O), and fluorinated gases like the ozone layer harming hydrofluorocarbons.

There are many sustainability apps for ecommerce brands to help both understand your carbon footprint and reduce your impact of business on the planet.

Carbon Credits vs. Carbon Offsets: What is the difference between carbon credit and carbon offset?

Carbon credits and carbon offsets are often used interchangeably, but there are critical distinctions between the two. While carbon credits are a market-based instrument used to price and trade carbon, a carbon offset is a method of offsetting emissions through investments in GHG reduction projects that compensate for or cancel out an organization’s carbon footprint.

How Do Carbon Credits Work?

The process of generating and using carbon credits can be broken down into three steps:

So how do carbon allowances fit into all of this?

Learn more: How to Invest in Carbon Credits.

How Much Does a Carbon Credit Cost?

Ideally, to meet the 2°C goals set by the Paris Agreement, carbon credits should be priced at $40-80 USD per metric ton. Although, the price of carbon credits varies depending on the market and the specific project the credit was generated from.

There are three key reasons:

How Do Cap-And-Trade Systems Work?

Cap-and-trade systems are market-based mechanisms that set an overall cap on GHG emissions and allow businesses to trade (buy and sell) emission allowances within this system. In other words, the goal of cap-and-trade systems is to reduce emissions by creating a cost-effective carbon market.

Businesses are allocated a set number of emission allowances representing their GHG emissions limit. Companies that emit less than their allowance can “bank” their carbon credits for future use or sell them to other businesses that expect to emit more than their carbon allowances. The cost of buying allowances incentivizes companies to invest in cleaner technologies and employ low-emission operating processes to reduce their carbon production.

How big is the carbon credit market?

Pricing now applies to a fifth of the world’s global GHGs. Further, the carbon market is continuing to grow. Environmental and Energy Leader reports that the global carbon market was valued at USD 211.5B in 2019. This number is projected to hit USD 2.4T by 2027. That’s more than an 11x increase in just eight years.

Where do the largest carbon credit markets currently exist?

Europe’s carbon credit market, known as the European Union Emissions Trading Scheme (EU-ETS), has been, for a long time, the world’s largest. However, as reported, China has just relaunched its version of carbon credits, referred to as China Certified Emission Reductions (CCER). The reboot of China’s emissions trading system (ETS) makes it the largest in the world.

What is the “compliance market” for carbon credits?

What regulations or oversight does this market have?

The compliance carbon market is regulated by international, regional, and sub-national carbon reduction overseers, including targets set by the Clean Development Mechanism under the Kyoto Protocol, the EU-ETS, and the California Carbon Market.

For those skeptical that this system can make a meaningful impact, don’t be fooled by the voluntary market’s, well, voluntary nature.

The voluntary carbon market hit a record $6.7B at the end of 2021, demonstrating just how seriously some organizations—even those that aren’t required by law—take reducing their carbon footprints.

You can learn more about how to offset your carbon footprint in our complete guide to carbon offsetting.

Carbon Offset Examples: What is the US doing about carbon credits?

As proof of its effectiveness, since the establishment of the RGGI, power plants within these states have reduced their carbon emissions by a massive 50 percent.

California’s Cap-and-Trade Program is a market-based approach to reducing GHG emissions. The program requires companies that emit greenhouse gases to purchase allowances at quarterly auctions—these credits are set to increase 66 percent to an average of $41 each by 2030. These allowances can then be used to offset their emissions or be traded in the secondary market.

The California Air Resources Board oversees the program, with all proceeds from the auction being reinvested into offset projects that reduce greenhouse gas emissions. And the aim of the program? To lower emissions by 40 percent or below 1990 levels.

The US Clean Air Act

In its enactment, several amendments have been made to the Clean Air Act to address concerns about climate change. These amendments give the EPA the authority to regulate GHG emissions under the Act.

The Inflation Reduction Act, enacted this year (2022), includes a provision for the 45Q tax credit. The updates made to the 45Q tax credit incentivize the use of carbon capture and storage, both strategies the Intergovernmental Panel on Climate Change (IPCC) and the International Energy Agency (IEA) have highlighted as key strategies to combat anthropogenically-drive climate change.

Looking beyond the US, numerous carbon credit initiatives have been established worldwide. These include:

The Paris Agreement is a legally binding international treaty. The treaty’s primary goal is to keep the global temperature increase this century below 2°C above pre-industrial levels.

To achieve this, the Paris Agreement sets out a global framework of action by all countries to curb emissions and adapt to the adverse effects of climate change. The agreement came into force on November 4, 2016, and has been ratified by 194 parties.

The Glasgow COP26 Climate Change Summit was an international conference on climate change held in Glasgow, Scotland, from October 31 to November 13, 2021. The conference brought together world leaders, businesses, NGOs, and other organizations to discuss how global action on climate change can be accelerated.

One of the key outcomes of the conference was the Glasgow Climate Pact, which committed almost 200 countries to more ambitious climate action, and included a future commitment to keeping average global temperature increases to no more than 1.5°C.

Where Can Businesses Buy Carbon Credits?

Companies can purchase carbon credits on either the compliance or voluntary market. The most common way for companies to buy carbon credits is through a broker. Carbon brokers are intermediaries that connect buyers and sellers of carbon credits.

Get a free consultation to learn how you can painlessly integrate carbon offsets into your business. 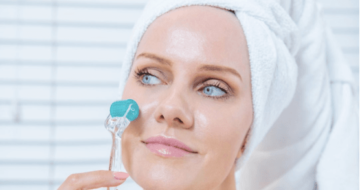 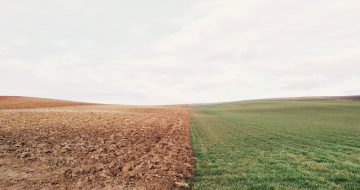 What’s the Impact of the Coronavirus on Climate Change? 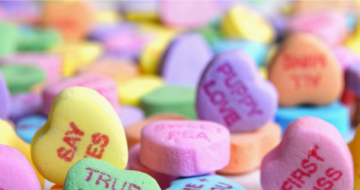 5 Valentine’s Day Gifts for Everyone in your Life

What’s the Impact of the Coronavirus on Climate Change?

5 Valentine’s Day Gifts for Everyone in your Life